More so than anything else, Season One of Star Wars Rebels has gotten me excited about the future of the larger Star Wars series, so I knew that even if I couldn’t attend any other days, I had to make it to day three of Star Wars Celebration in Anaheim. After waiting in two different sets of queues filled with excited Star Wars fans, we filed into the main stage of the Anaheim Convention Center and waited for the panel to begin. One by one, James Arnold Taylor introduced the cast of Rebels – Taylor Gray, Tiya Sircar, Steven Blum, Vanessa Marshall, and Freddie Prinze, Jr., followed by show runners Simon Kinberg and Dave Filoni.

The panel started off with some reflection on Season One. Filoni and Kinberg reiterated that their intention was to create a show that echoed both the style and tone of the original trilogy – the original 1977 film in particular – while telling a story about a misfit family living on a Millennium Falcon-type spaceship. The cast pointed out that the family dynamic is something that exists outside the fiction of the show as well. Despite an accelerated casting process (they apparently were only given one week to cast all the major roles on the show), the actors claim to have gelled right away. While it may be easy to dismiss this as a cute PR line, the family dynamic was clear on stage with each actor bouncing off the other, occasionally with some good natured ribbing, all clearly fond of each other. It helps, they say, that they get to work together consistently during the production of the show. Unlike most voice acting sessions, where the actor is performing against a recording, the Rebels cast performs each episode in the style of a radio play with the whole cast assembled, reading their roles together. And that’s not even taking into account the road trips from LA to San Francisco the group regularly embarks on.

After the reminiscing, the panel switched gears and started getting into information on the upcoming Season Two. Things kicked off with a bang when they showed the brand new trailer to thunderous applause.

There’s a lot to unpack in that trailer. First, not only is Ahsoka joining the cast of characters for Rebels Season Two, but the other fan-favorite character from The Clone Wars, Captain Rex, is returning as well. Indeed, both Ashley Eckstein and Dee Bradley Baker joined the Rebels cast on stage to discuss their addition to the show. I have… mixed feelings about this. I don’t like The Clone Wars. At all. I think it’s a very bad show and does everything wrong that Rebels gets so wonderfully right. That said, I will admit a certain level of fondness for these two characters. If there was anything I found worthwhile in watching six long seasons of this silly show, it was seeing these two characters develop in interesting, compelling ways, and I am excited to catch up with them and see what they’ve been up to for the past 15 years. Ahsoka is going to be interesting particularly given her connection to Vader, and as much as I’d like to pretend I’m above caring about the prequel lore, I’m curious about what happened to the clones after they were phased out of service. Plus, as Filoni strongly hinted at the panel, there will be interesting friction between Kanan and the former clone captain. However, I’m worried about having too much connective tissue existing between the two series. Going back to the comments made by Filoni and Kinberg, Rebels should echo the feeling of the original Star Wars, which is something that was fundamentally absent from The Clone Wars and the prequels upon which it was based. Rebels should not be The Clone Wars: Episode II.

Beyond these two characters, the trailer also gives us a glimpse of elderly clones and the space pirate Hondo (one of the half dozen or so characters from The Clone Wars that are more irritating even than Jar Jar). This stuff all gives me pause. I had hoped to ask Filoni if he considers The Clone Wars required reading for Rebels Season Two, but I never got the chance. I desperately hope that’s not the case, and that Rebels is allowed to stand as its own thing. My friends over at MouseInfo said that Filoni thinks it will be able to stand alone even with these connections, and I hope that’s the case. It would be a terrible shame to take this series I love so much and saddle it with six seasons’ worth of baggage from a very bad show.

On the other hand, there is a lot here that really excites me. For one, we have to talk about Darth Vader. Vader is SUCH a badass in that trailer, which is a quality he hasn’t possessed since Empire Strikes Back. When he grabs Kanan’s hand and pushes away his lightsaber I just go crazy. He’s so cool here! Plus, Dave Filoni confirmed in a press conference after the panel that Vader is being voiced by James Earl Jones for the series, which positively makes me weak in the knees. I know we’re probably going to get some frustrating master/apprentice drama with Anakin and Ahsoka, but I’m willing to put up with it in return for seeing Vader at the height of his unfeeling evil.

The other big thing this trailer indicates is that the scope of the show has expanded dramatically. We’re seeing a whole lot more of the Galaxy here, which should please fans who griped about a Season One being too Lothal-centric. Personally, I liked the smaller scale of Season One, but I won’t pretend I’m not excited to see things get bigger. My only hope, though, is that it never gets too big. I like the quality of Rebels being more intimate than that scale of the features, and I hope even with this expanded scope, they’re able to retain that intimacy.

Part of making that works is going to be making sure the show’s focus stays squarely on the Ghost crew. One of my main criticisms of The Clone Wars was how it’s priorities were lore first, then characters second, and I really hope that attitude doesn’t creep into Rebels. Bringing in Vader and Ahsoka and clones and bounty hunters is fine, as long as it’s all focussed on the perspective of our heroes. I don’t want our Lothal rebels playing second fiddle to world building on their own show.

After the spectacular first season of this show, I trust the Rebels team to understand what makes this show special, and not to get lost in these other distractions, and I remain incredibly excited for Season Two. As of this writing, I’m just over an hour out from the world premier screening of the Season Two opener, and I’m giddy with anticipation. I’ll let you all know what I think soon. 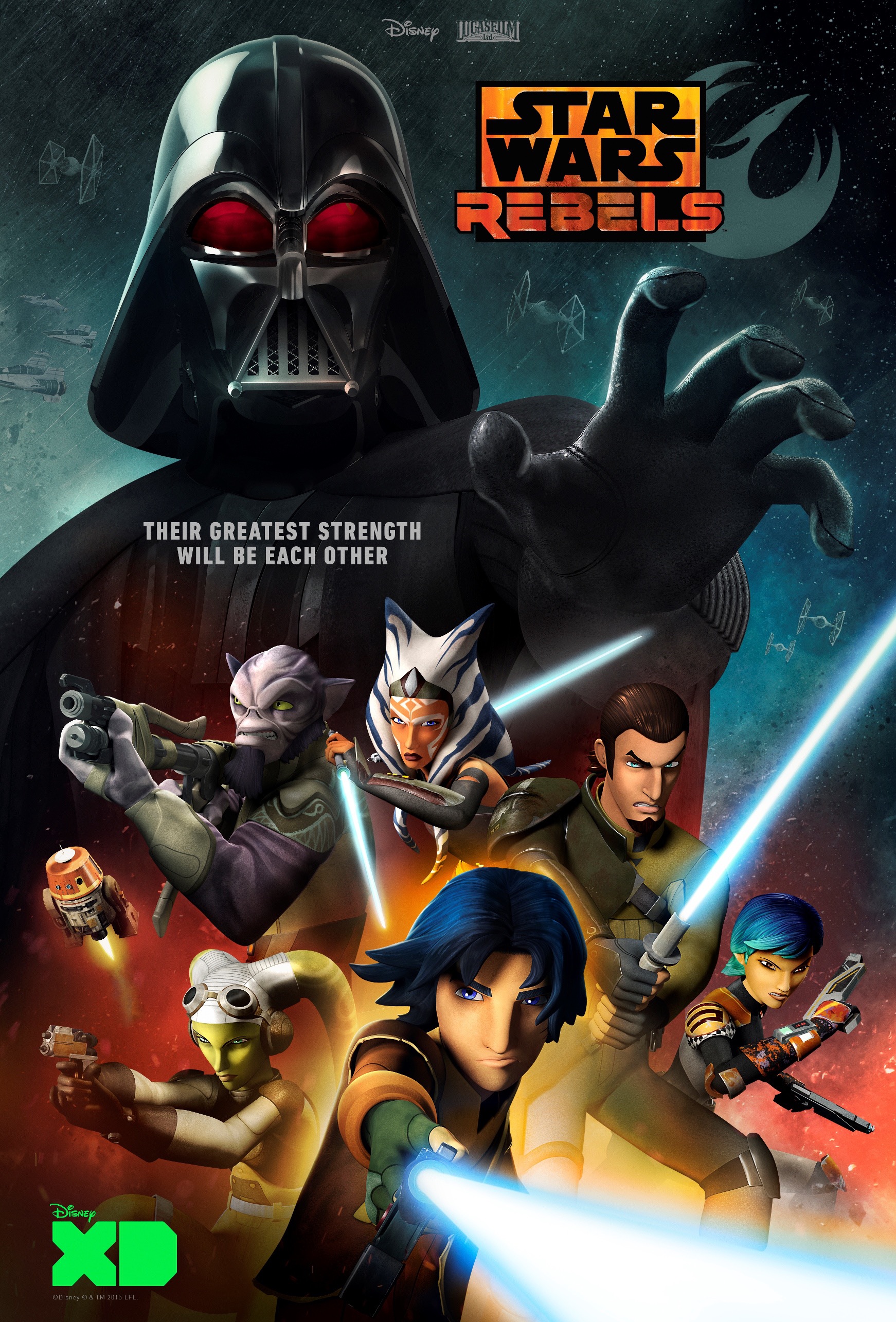